Okay, go ahead and sit back.
No need to be at the edge of your seat any longer.

Because my snack update is here!

Since the beginning of 2010, I've made a conscious effort to eat smarter. Knowing that I have been blessed with my dad's sweet tooth, I allow myself certain indulgences. I mean, seriously, who can really say "no" to a conversation heart that says "PARTY TIME"? That's what I thought...

Whilst grocery shopping on Saturday (mind you: I actually *hate* grocery shopping. It's up there with permit parking and pens with non-flowy ink), I four-wheeled by some greek yogurt on sale. Having read the benefits of such a food, I thought I'd be good to my body and give it a go.

Enter: yesterday. I snacked on said greek yogurt and added a touch of cinnamon. And let's just say, the results resulted in me being disgusted with the snack. I was so bummed.

Enter: co-worker Liz who knows all when it comes to food and many other things. "I typically add some brown sugar to mine," she tells me.

Thinking I could handle that (and unknowingly, I had purchased brown sugar on Saturday), I saw the greek yogurt stars aligning.

Enter: today at 4:02pm (also known as: my snack time). Determined to make myself like this greek yogurt, I anxiously added in just a tad of brown sugar and let me tell you this: I was not prepared for how much BETTER this snack had become. Simply by replacing the cinnamon with the brown sugar, I have found my new favorite snack.

It is delicious, healthy, filling and a real treat.

Now, the only bummer (mainly for my wallet) is this makes me want to ship out to Greece so very badly. I mean, if brown sugar has the ability to change my greek yogurt world...just imagine what the entire country could do for me?!

Ahhh....the act of dreaming: I have mastered. 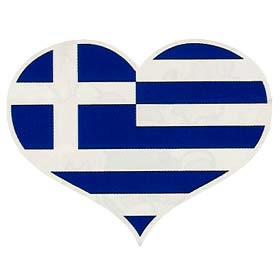