This year's Christmas has come and gone - like they all do. What I enjoyed most about this 2009 celebration was not only did we see a musical as a family (including everyone enjoying it), we started a new tradition.

Now, I know what you're thinking: "how brave of you!" Brave for a) being daring enough to believe that all will enjoy a musical and brave for b) starting a new tradition on a holiday typically based around traditions.

It started the day before Christmas Eve. My brothers and I had ever-so-stealthily planned a surprise for my parents' 30th anniversary. Mark had the idea to get them tickets to go see "In The Heights" - since the show's Chicago run was Christmas through New Years. Ricky, being the good sport he is, agreed to "take one for the team" and so we purchased tickets. The show, you ask? Was freaking amazing. I was a bit nervous in the first five minutes because it was a lot of rapping with a Spanish accent so we were all leaning forward a tad in an attempt to understand what was being said. About 20 minutes in, you catch on and thank goodness for that. Go see it. It's truly fun for the whole family. 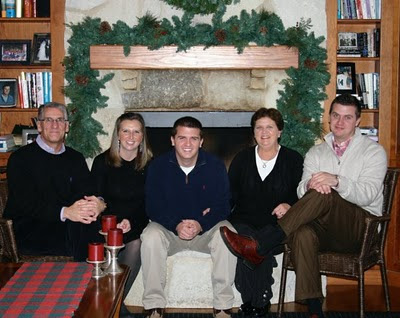 After several attempts, we were successful. This was not the photo chosen. I'm not foolish enough to give away the real thing. That'd be a waste.

Old traditions were celebrated - aka the annual singalong featuring four - now five! - talented musicians that attend the Eve of Christmas at the Angels. I loved the below shot of my boys watching my dad on the piano. Enter: sappy Kerri. 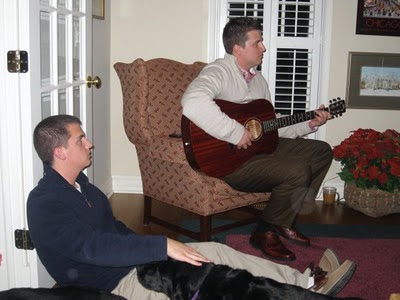 And yes, I purposefully saved the newest tradition for the end of the post because I wanted to leave you wanting more. Thanks to Dan Bennett, we introduced Irish Coffee into the mix this year (aka coffee with whiskey) and it was glorious. Everyone was a fan. Technically, it was Kentucky Coffee though - since the whiskey was good ol' Evan Williams, from Kentucky. But who cares about details like that?

Needless to say, I'd chalk it up as another successful Christmas. The 25th in my book and still going strong. Oh yeah - and it was a white Christmas!