Around the 39th second, things get even more intense...
1 comment:

I am not normally a big fan of them because I usually always feel pressured into buying something I do not need.

Welp, I was the victim of unnecessary purchasing again, but this time, I wasn't pressured. It was just impossible to say no!

My cousin invited me this Stella & Dot party and after one look at the website, I knew I had to go. I had eyed a big yellow ring on the website, but once I tried it on, I knew it wasn't right.

I ended up buying the Soiree Pearl Bracelet as seen below. I went to the party on Tuesday night... it was in my mailbox by Saturday morning and it's on my wrist right now. Maybe it's just that I don't understand it, but the "t-shirt under dress" deal?

What is that?
Really? 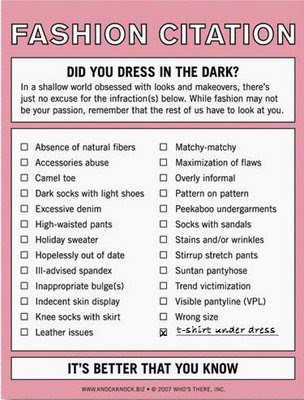 The Loss of A Legend

RIP The King of Pop.

He thrilled.
He was bad.
He beat it.
Billie Jean was not his lover.
Based on the way he made you feel, you couldn't stop 'til you get enough.
He was a smooth criminal, it was his human nature.
He wanted to rock with you and with dirty Diana.
He was black or white.
And he tried to heal the world.

RIP Michael Jackson. We want you back. 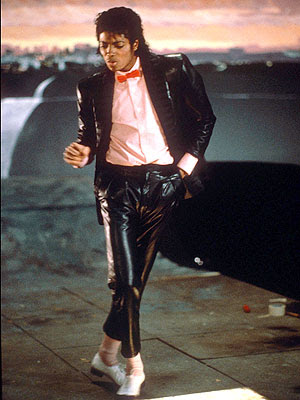 I know what you are thinking. You have sixteen dollars lying on your desk. You want to spend them wisely. How ever are you supposed to choose on what to purchase?

Thanks to American Apparel, you can now spend sixteen full dollars to buy...
(wait for it)
...a SASH!

You did not read that wrong. A sash. also known as a piece of fabric or a belt. Call me crazy, but what makes this legit?

And we wonder why the economy is struggling?
No comments:

Ever wonder where the fist bump came from? 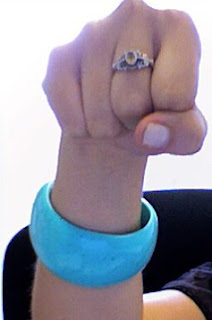 Or at least this morning, it was a thought in my head.

Read on for a brief history lesson in the act of fist bumping...

A Brief History of the Fist Bump

The origins of the bump are murky, though most communication experts agree on a basic — if fuzzy — evolutionary timeline: the handshake (which itself dates back to ancient times) begat the "gimme-five" palm slap that later evolved into the now universal "high-five" and, finally, the fist bump.

Some claim the act of knuckle-bumping began in the 1970s with NBA players like Baltimore Bullets guard Fred Carter. Others claim the fist bump's national debut occurred off the court, citing the Wonder Twins, minor characters in the 1970s Hanna-Barbera superhero cartoon The Superfriends, who famously touched knuckles and cried "Wonder Twin powers, activate!' before morphing into animals or ice sculptures. One might also credit germaphobics for the fist bump's popularity. Deal or No Deal host Howie Mandel reportedly adopted the gesture as a friendly way to avoid his contestants' germs.

Even the terminology used to describe the manual move is under dispute. On reporting Obama's speech, The New York Times described it stuffily as a "closed-fisted high-five" while Human Events reader racily suggested it was closer to "Hezbollah-style fist-jabbing," (the comment was later removed from the article). One Internet poster even referred to it as "the fist bump of hope." Other terms for the move include "power five," "fist pound," "knuckle bump," "Quarter Pounder" and "dap."

The fist bump's precursor, the low- and high-fives, originated in the 1950s, again mostly among athletes, who deemed handshakes too muted and formal for celebrating teamwork and triumph. The 1980s are generally regarded as the heyday of the high-five, though the gesture has enjoyed a revival of sorts in recent years — especially among Gen-X parents and their offspring. Modern-day high-five enthusiasts have even created a cellphone version: Callers high-five their phones (slap the speakers) or simultaneously type "5."

The problem with the high-five is that it can occasionally be hard to pull off. Just ask Tiger Woods and his caddie, who botched a high-five on national TV during the 2005 U.S. Masters Golf Tournament. Perhaps this is what makes the fist bump so unique. Though simple in motion, its meaning is far more complicated. In any other context, a clenched fist would be perceived as hostile.

So go ahead, find a stranger and fist bump them today!

Give me the gold.

VS.
Song B: "I'm in Chicago, Triiiiiick" by LMFAO

It's actually hard not to.
No comments:

...Take yo' broke @ss to these places!
Thanks to my friend, J, one can now enjoy splurging in the city without the splurge!

Visit brokehipster.com where you don't even have to be hip to be broke!

Find the greatest deals in this great city of ours and hey, have a $1 bud light on me! Just don't tell the server I sent you since I probably don't know that person. 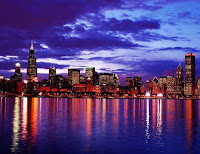 ...Don't have to be so subliminal.

Check out these creative ways to share passive aggressive thoughts with roommates or friends. I know I'd be much more inclined to clean the fridge if I found dyed hard-boiled eggs with such a request on them...
No comments:

Watch this. It's giggle worthy.
No comments: 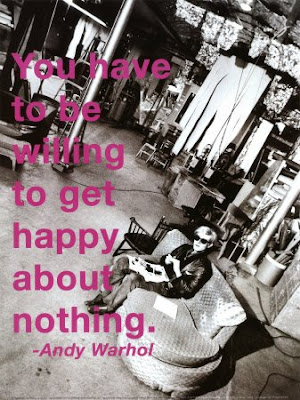 Except they are not newlyweds, they are merely teammates. Jimmy Kimmel is currently interviewing two sets of NBA teammates (I only recognize Grant Hill...sad, but true) on how well they know each other. Asking questions such as:

q: "If Dante were a fruit, what fruit would he be?"

a: "I seen him on the plaaaaaaane and he diiiiipz into the fruit platter and he eats all de pineapple. So pineapple iz my final answer."

This is the most entertaining the NBA has been since Michael Jordan was on the court in a Bulls jersey.
No comments:

...without spending a dime.
So I just moved into a new apartment a week ago and I've been busy organizing and reorganizing and getting things just the way I want them. It's been fun and exciting. I have a lot of blank wall space which I cannot wait to turn into something exciting.

In the mean time, my friend, A, introduced me to a great browsing website to check out the genius of other people's apartments and to feel inspired. Apartment therapy at its best.

Your apartment should be a place of solace after a long day and a place to unwind and relax. I'm pretty much completely obsessed with my new place and it's only been 8 days. Just wait until I'm still singing its praises 308 days later. Because I know I will be.
No comments:

Beisbol Been Berry, Berry Good To Me.

To continue with the sports theme of my latest posts...
Watch how college baseball players entertain themselves during a five hour rain delay. This is the exact reason college sports trump professional.

Hysterical.
I want in.
No comments: