Ever wonder what the plural of 'yes' is?

Yeah, me neither...until I was writing it in an e-mail.

The answer?
YESES.
(According to numerous dictionaries)

However, contrary to what you may think, the plural of 'no' is not NOSE, it is 'noes.'

Actually not at all.

My dear ol' Dad. He tries so hard.

"And the musical guest for tonight is Duffy..." says the television screen, announcing her on Saturday Night Live. To which my dad responds:

"Hmm...Duffy? Never heard of her. Wait! I have! Hilary Duffy from Disney, right?"

Then we go on to discuss good dancers (because turns out Duffy is terrible at dancing and singing live, actually)

"She's no Beyonce" - once again, Joe with the quote.

He can't be stopped. 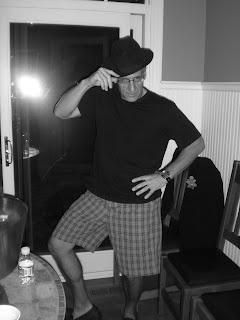 All the studs are Greek

TRUE STORY (albeit para-phrased by me because it came from a friend of a friend):

These two girls were out one night in the San Francisco Marina district and were hanging outside of the bars, trying to find a cab. One of the girls, Olga, ends up meeting this guy, Dmitri, and they talk for - at the most - two minutes. She hands him her business card and says, "Call me."

Here are the actual voicemails he left her. Yes he left her two and yes, they are both worth listening to.

I'm having a hard time picking my favorite quote, but he is pretty bold with, "I'm one of the few men in this city that has nothing wrong with him."

I beg to differ. I can think of two things wrong with you: voicemail #1 and voicemail #2.


Dmitri, you old stud.
No comments:

So if you know me, you know I'm obsessed with lyrics. I was just thinking of that old school ditty "Summer Girls" - please note this is my second LFO reference in too short of a time - Anyways, I was thinking of the line, "you love fun dip and cherry coke..."

...which got me thinking about quite possibly the worst song lyrics ever. And by worst, I mean best, of course.

So naturally, I gathered Google's many references and found this website:
Top 20 Worst Song Lyrics (according to Spinner.com)

Please don't take these personally. I have a few favorite artists guilty as charged with the occasional bad song lyric.

Sometimes we let it slide; and sometimes, well, we really can't let it go.
No comments:

I want a Jim 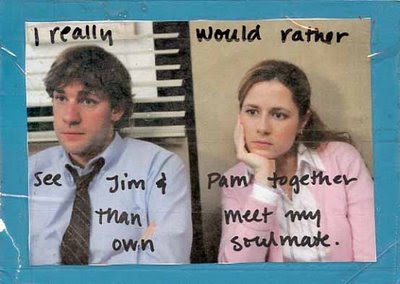 I know why HE's singing about rainbows

A new rendition of "Somewhere Over the Rainbow" you probably haven't been lucky enough to witness. You can thank my friend, M, for not only finding this gem, but sharing it:

I'm sure he has a collection of rainbows.
No comments:

The San Diego Padres may be terrible, but at least they have a sense of humor.

To conclude their season (almost), sixteen rookies were forced to dress up in Hooters outfits and parade around: 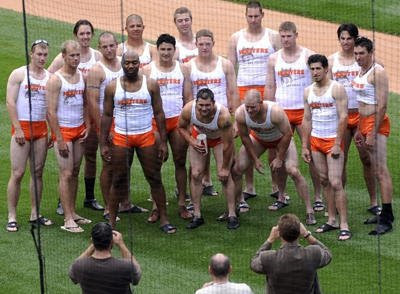 "He's a use-paper-towels-as-toilet-paper kind of guy"

As October nears and the air begins to chill, this can only mean one thing:

** Time to start freaking out about having the best Halloween costume ever - something original, that has never been done before! AHHH.

If you're feeling the stress of a great costume, well that's lame because it is early. However, lucky for you, I have come up with a few even lamer options! Yay. Awesome. But whatever you do, don't tell anyone you heard these from me.

1) Take a popular song lyrics and to quote that Project Runway dude with the accent from nowhere, "Make it work." Here's one I thought of: Tune into "Girl on TV" by LFO [yes, the Lyte Funky Ones...come on, people] and if you're a girl (or I guess, even if you're not), channel Jennifer Love Hewitt and be the girl on TV. Find a cardboard box, cut space for the screen, place on head, DONE.

3) Every year, my mom suggests being a "serial killer." Though a morbid thought, the costume would be entertaining. She says to place cereal boxes all over your body and carry around a [fake] knife. Hmmm. This costume isn't recommended by me.

4) I know this has been done because well, I did it last year: Nudist on strike. I'm not explaining this to you because it's clever. However, I will tell you that clothing is required.

5) Old Navy. Wear a bunch of clothing that is faded/distressed navy. You could also walk around singing Ingrid Michaelson then you'd practically be an Old Navy commercial.

...That's all I've got for now. Oh and I do have a random candy corn fact! Nearly 35 million pounds of candy corn are produced every year. Sweeeeet. 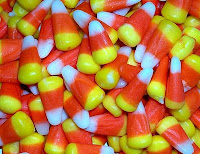 It doesn't take much to entertain me

And for the record, no, I did not dine with Oprah today.
No comments:

Go ahead, have a ball!

Artist Kurt Perschke's RedBall Project is a mobile sculptural performance that functions as a series of daily installations over a period of one month. The site-specific installations of the 15-foot inflatable sphere will be boldly present and smoothly transient, moving between chosen locations and engaging people on the Chicago streets and near landmark buildings. As public art that migrates, RedBall is unique in each city.

Perschke works onsite considering and curating RedBall within a city’s distinct urban landscape. The artist's decisions about embedding RedBall address not only architecture and urban space, but also anticipate the flow of people, traffic and the observer's eye.

What used to be neglected space becomes a realm of possibilities. Compressed in every site, RedBall changes its own shape, as well as the space it inhabits, directly reflecting our experience of metropolitan density.

The BALL is currently sitting pretty outside our office. Read more about it here: http://redballproject.com/chicago/index.php

And beans. And bears. And bulls.

Overheard at MY office

Snippets of convos are funny haha because context is overrated.

- "Kerri is listening to every other word you're saying" Truth.

This kid is the reason I missed my calling as a TV reporter.

Can't argue that.
No comments:

...sometimes words are not necessary... 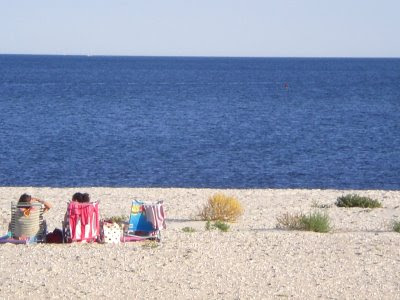 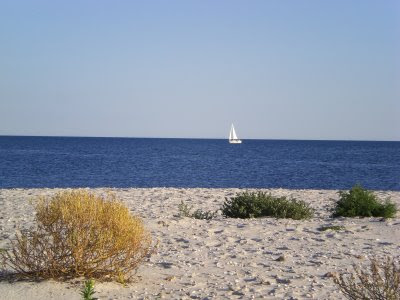 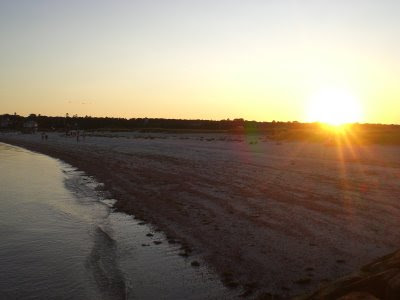 I have this theory that every restaurant menu has at least one typo on it.

Lately, I have not been wrong.

Case and point:
I just went out to lunch and was explaining this theory to my dad, referencing a few examples so he would recognize it was a legit thought process. As I was studying the menu to decide what to order, I came across the "COB Salad." I thought two things: 1) this was their cobb salad that they just awkwardly capitalized and forgot a 'b' or 2) this was a C.O.B. Salad so it was capitalized for good reason because it stood for something. Since I was about to order it, I decided to ask the waiter.

Turns out - it was a cobb salad, spelled wrong.
Ha. Luv it. 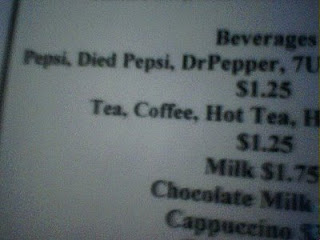