Charlie Sheen should not be amusing. He has many, many issues. However, when the man gives interview like this one I'm about to share, it's hard to not look.

"I'm a rockstar from Mars...and no one with a human brain will ever get me."

Seriously? What is going on?

Or more importantly, what exactly is he on? Here are a few possibilities:

Today is the first official day of spring training games for my beloved Cubbies.

Yes, on Friday, I spent two plus hours in a virtual waiting room to snag at least two games in April. I've been determined to go to Opening Weekend at Wrigley since the beginning of time. Of course that's not an exaggeration. I only purchased April tickets because that is the one month where optimism is the highest for Cubs fans. Since it's the beginning of the season, optimism is renewed and everyone's excited. May, June, July and on - depending on the opponent - you can usually just walk up and purchase tickets of some type.

I am happy to report that this year's purchasing was a success. Game Two tickets are miiiiiiine. Finally!

I cannot wait. Cannot wait one more minute. Baseball's in my blood and almost five months without it, is unbearable. Again, not an exaggeration. 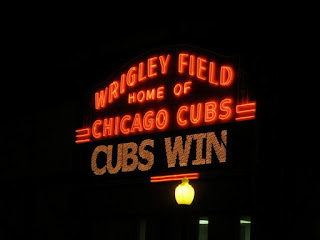 what makes something 'oscar worthy'?

I'm not a big awards show watcher - except the Grammy's. Those are in a league of their own. I'd rather be watching Sunday Night Football, but I recognize football's over so I should learn to be more flexible.

Tonight, I made it roughly 48 minutes in the award show before I had to change the channel. Step Brothers is on FX. Enough said.

A few thoughts on tonight's Oscars Red Carpet and first 48 minutes of the actual show:
• Why do stars opt for a dress-shoe combo in which they can't walk? Exhibit Scarlett Johansson. Although I guess I'd be unsteady too...without Ryan Reynolds at my side.
• Natalie Portman's purple was rocking
• I would like Morgan Freeman to narrate my dreams...and well, just my life in general...also.
• Why isn't Charlie Sheen hosting? James Franco and Anne Hathway's chemistry is non-existent and awkward for us all.
• I had time to paint my toenails a bright pink and change the sheets on my bed.
• Sing more songs. Where's Eminem?
• Anne Hathaway has some pipes as well as some awesome glitterific shoes, but again, she can't walk in them.

Okay...and now back to Step Brothers.
No comments:

time to face the book.

I'm reading this book called "The Accidental Billionaires: The Founding of Facebook" which tells the dramatized tale of how Facebook was really founded. You get all sides of the story and it's fascinating.

I've been blogging for over two years now and clearly, I love it or I wouldn't be doing it.

Today, I'm taking the plunge. I decided to take the blogging relationship one step further and promote on Facebook. It's scary because I don't like attention or drawing attention to myself, but I realize if I'm gonna make this work and have it potentially turn into something, I can't keep it hidden.

So go ahead and "like" my blog because it will make me like you more. Just kidding. Or am I?

Thursday night was a night for the books.

House of Blues booked Ke$ha and a few friends and I immediately booked our tickets. $30 to see a two hour show that was bound to be full of random antics we'll never witness again? Done.

Let's start with who opened for her:
Beardo

Please note: he did not actually sport a beard, but rather a shocking combination of a mustache and mullet. We purposely got to the venue about an hour after the show was "set to start" because none of us were interested in seeing Beardo. Considering I thought his name was Beer-doh before I saw it in print, I think this picture help explains why.

We caught his ditty "Alien Man" in which he removed his shirt to show off his hot pink and hot orange spandex pants and jumped around screeching alien man alien man alien man. Oh my ears. I think they still hurt from that song.

Finally, he ended and I think the crowded cheered the loudest then. Well, that was until Ke$ha appeared on stage with glowing Kanye West like glasses and opened up with "$leazy." A song ironic in and of itself. As an artist who's not afraid to share her sexual experiences and materialistic ways, she sure opens herself up with "I don't need love lookin' like diamonds." Curious because some of her outfit seemed to be adorned with diamonds.

While I would like to go into more details with the charades of the show, I'm going to edit simply because I myself would like to pretend some of the antics did not actually happened.

What did happen, you ask?
• A man dressed as a dinosaur as she sang about "dinosaurs," aka old men who hit on her

• Learning Ke$ha's favorite animal is a 'narwhal' for an...interesting reason
• 'Grow A Pear' is now my new favorite song which featured a man dressed as a pear (I wonder if the pear and the dinosaur got along back stage?)
• Santa channeled the Beastie Boys as he sang "Fight for Your Right to Party," while Ke$ha, wearing flannel and neon hot pants, took a baseball bat to a piñata*
*Author's note: I'm pretty sure at least 2/3 of the crowd wasn't born when the Beastie Boys were originally around.
Needless to say, that's just the tip of the iceberg. Life is made up of experiences that sometimes only need to be experienced once. This was one of them.
No comments:

Just as I was ready to try the new oatmeal at McDonald's, a friend stumbled upon this article from the New York Times.

When an oatmeal is described as containing: “oats, sugar, sweetened dried fruit, cream and 11 weird ingredients you would never keep in your kitchen," that's enough to make me run for the hills.

And I recommend you stick with Quaker too. Well, it doesn't have to be Quaker (I'm a fan of the generic store brand too), but you get me.

The item I will back McDonald's up on every time? The McFlurry. And no, I will never read the ingredients involved or the caloric intake on that masterpiece. I like it just that much.
No comments:

Some of you probably don't know my history of taxes for the past two years. I'll sum it up with a quick "it hasn't been pretty" and leave it at that.

Last year, I used TurboTax. It really was as easy as those annoying commercials claim. Cartoons and all.

I knew this year's results would be a bit different (heck it really wasn't hard to improve on the past two years of just getting crushed by the government). I had been planning on using TurboTax again when my Uncle Bob came through...yet again.

This year, the IRS is offering free services to file federal taxes. Yes, you read that right: FREE. I'll do anything to save $30-50! I spent my morning off filing my federal and state taxes - who doesn't want to spend a holiday devoted to taxes?

1. Go to www.irs.gov
2. Click "e-file My Return for Free" under the "I Need To" tab on the right-hand side
3. Read steps 1-2-3 (Hint: Step 1 explains who to acquire a PIN number you'll need if you choose to e-file so really do read the FAQs)
4. Follow the steps and choose the Free File company that fits you (I chose TAX Act and it was very comprehensive)
5. Voila - walk through those steps and you're done!

Remember while some of these services file both your federal and state taxes simultaneously, most states offer a free return file on the state website.

I'm happy to report that though I still owe money, I'm glad to not owe money to the company who helped tell me I owed money. We circle back to "the little things."

In case you're not up to speed with the latest of the holidays, today is National Drink Wine Day.

But today, a holiday devoted to one of my favorite past times? Don't mind if I do!

I'll leave you with this Mitch Hedburg quote:
I saw this wino. He was eating grapes. I was like, "Dude! You have to wait!"

So fill up that cup and Mazel tov!

i'll be there for you

because your hair's for me too.

That was to be sung to the tune of the Friends theme song. Duh.

I showed up with this picture: 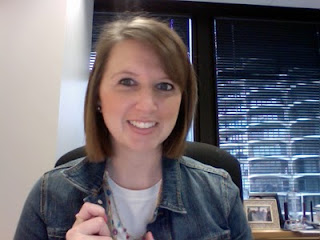 All the all stars are born in February.

This is what happens when a Godpuppy doesn't see his Godmother enough... 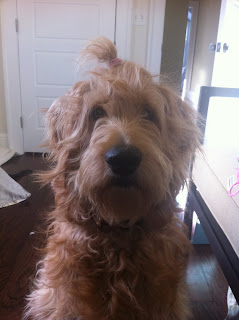 Meet Skipper. He lives in Connecticut so we haven't officially met yet, but luckily the internet keeps us very tight.

His eyes plead, "Please do not use the pink ponytail holder ever again!" And most likely in some type of British accent.

At least he's the cutest goldendoodle that I ever did see!
3 comments:

It's the little things...

like the fact that Friday will be my two month anniversary with my apartment and we're still in the honeymoon stage.

And my mom found me a cutlery tray to fit in my semi-small drawers and I no longer have my forks/spoons/knives in plain view on the counter. 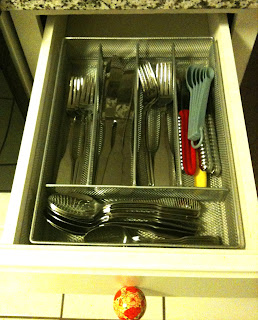 I like today - this Valentine's day. I get to embrace all the sappy songs I want and relish in the sappy quotes I manage to collect over the minutes, hours, days, weeks, months, years (thanks to A Walk to Remember for the inspiration). 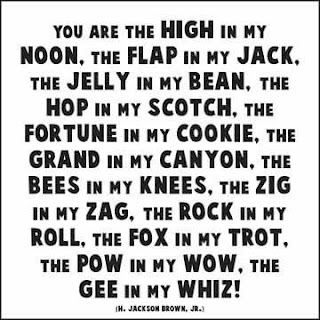 So whether it's a significant other, fantastic friends, family members who quote Josh Groban or your pet, go get you some Valentine's Day! The world doesn't need any more cynical people.
No comments:

of my crazy father.

This Saturday, my dad and his best friend fo' life, Bob (who also happens to be my Godfather) ran a cool 50K race.

For those non-Rainmen out there, that's 34 miles. 34 miles of crossing streams, hiking up mountains with a 15% incline and praying blisters do not appear on your feet.

When I talked to him this morning (two days after the race), I asked him how he was feeling. His response? "Well, it's a little hard to go down stairs and I find I keep losing my balance and half-falling over. Other than that, I feel great!" 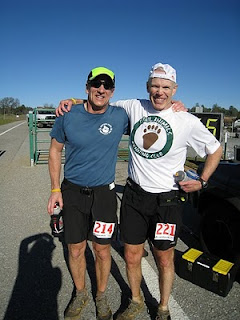 just in time for the weekend:

A new dance craze to embrace and hit the floor with:

In case you've been living under a rock, yes, Chicago was just slammed with the third largest snowfall in the history of the city. 21 inches in roughly 21 hours.

My dad sent me these videos of the puppies in the snow. I'm not biased or anything, but I love them.


Love the contrast of the black dogs against the white snow. And that is a lot of snow!

Video #2 might be one of my favorites of all time:

This is one of the hardest videos I've ever watched, but as a fellow driver, I feel everyone needs to see this:

Don't be selfish. Wait to text until you're safely parked.
No comments: