While playing our annual game of the 90s edition of Trivial Pursuit on Thanksgiving day, I (the reader for the males' questions) came across a question in which I had to sound out the infamous ditty from www.hamsterdance.com. It had been years since I'd viewed the website so intrigued, I decided to revisit the old classic - only to find the website totally redone, complete with different versions of hamsters dancing!

So since Turkey Day is officially over, here's a great way to kick start this holiday season:

Just don't blame me if this gets stuck in your head!
No comments:

We Know The Game and We're Gonna Play It

So last night, I was explaining how I'm not too crazy about parades - I think they are a bit overrated and I tend to get bored (weird). So today, I might have been proved wrong. There I was - innocently sitting at my parents' kitchen counter, sipping on coffee after letting R out of the basement (in which my youngest brother inadvertently locked him in), but that's a different story.

ANYWAY:
The float featured at this particular time was something like Foster's Imaginary House of Friends (or something else eerily creepy and puppet-like), when out of nowhere, Rick Astley shows up! Yes. The king of "Never Gonna Give You Up, Never Gonna Let You Down" sure did not let us down - he officially Rickrolled every viewer of the Macy's Thanksgiving Day parade. Success doesn't even begin to describe what he accomplished. I was thoroughly entertained, slightly disturbed, yet couldn't look away. Rick Astley, you most definitely did NOT let me down today. You did, however, prompt my father to put on a trench coat and attempt your dance moves. But that's neither here nor there.

I could really post every single "Real Men of Genius" Bud Light came up with, but for now, we'll start with this.
No comments:

Today's "can't stop listening to" is:

I grew up in a household filled with music, highly encouraged. Though I used to play the piano when I was younger, but could never sit still long enough to really understand what I was doing. Music has the uncanny ability to always have a song to fit exactly the emotion I'm feeling.

And the beat goes on...
No comments:

My friend, M, and I are (were) obsessed with "The Hills," only because their so-called lives are on such the opposite spectrum of ours - it was entertaining to watch. Needless to say, when I chatted with her yesterday and said, "Oooo I can't believe we haven't talked about this yet..." As always, M didn't let me down and guessed that someone was either pregnant or had secretly eloped.

Our favorite couple (and mind you, I use that term very loosely) has done the unexpected - gotten married with nary a camera in sight. I think that is the biggest shock for me to take in.

Now it's got me wondering...who's next? Audrina and Justin Bobby? Lo and Brody? Oh, the possibilities really are endless!
No comments:

Rudolph, the ninth and final reindeer 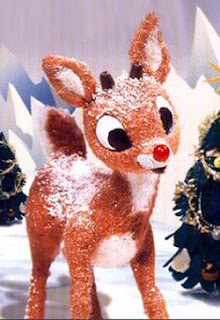 That the infamous Rudolph has been a part of Santa's crew since 1930???

It's true. That buck looks good for his age!
No comments:

"Banana Phone" by Raffi
No comments: 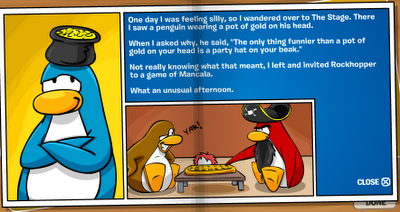 I was just glad to learn I wasn't the only one who has unusual afternoons like this.
No comments:

YES, you CAN...make your own decisions.

Don't you wonder where these sayings got their beginnings??

Let me know what you find.
No comments:

You can stand under my umbrella 'ella 'ella

Seeing as it can't decide if it wants to rain or not today (last I felt it was merely spitting water from above), I feel the need to share that after twenty-four years, I have finally caved and purchased an umbrella. Well, actually I caved last year, but the details are in the fabric.

I used to think umbrellas were a nuisance until I realized I simply did not own the right one. Umbrellas are like purses. You need to use and wear it and feel confident. No one wants a cheap umbrella or an ugly umbrella. 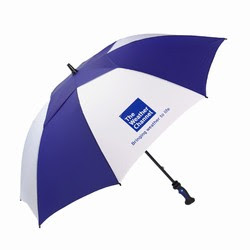 I feel like a new woman when I hold this guy to protect me from the massive downpours that can occur downtown Chicago. In fact, it may be a fact that I have never felt more confident with this umbrella resting on my shoulder.

There is just something so amazingly ironic about using it on a rainy day and it makes me giddy every time. Yes, giddy.
No comments:

Let's focus on the important.

The fact it is Matthew McConaughey's birthday today!

Happy happy birthday...I want to send your mother a thank you card for giving birth to you because you adorn our kitchen day in and day out. 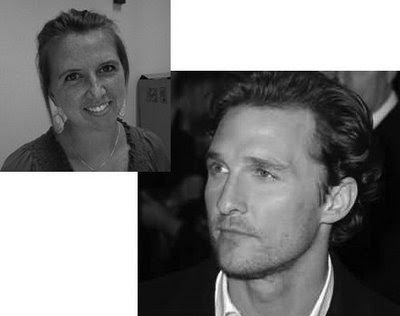 (I know this post is creepy and I don't even care)
No comments:

...Then proceed to observe their reaction to my "ignorance."

Ahh...it's the little things.
No comments: