...Knew what he was talking about...
So Ricky lives in Denver now. Being the great sister that I am, I bought him Cubs/Rockies tickets for his birthday then graciously offered to accompany him to the series at Coors Field. It was my first visit to Colorado and I say with confidence that it definitely won't be my last.

After landing about 30 minutes early, I was quickly speechless after witnessing the sunset behind the Rocky Mountains (the man on the airplane next to me did not understand my joke about how large the "Smokey Mountains" were - some people really need to lighten up).

I was so absorbed in the sunset that I didn't even get to take a picture. Night one, we hung out with my college buddy, Peter and his friend who was in town. Although with almost the entire city of Chicago who seemed to be in town for the series, I felt right at home. 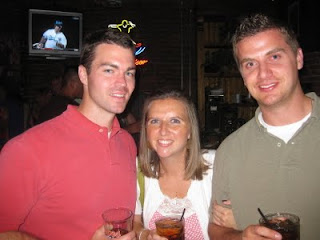 The next day, after I gracefully wiped out (we're talking elbow-elbow-knee-knee graceful) down a small grassy knoll in front of a small line of tourists, Ricky and I finally made it to the Coors Brewery Tour. I almost felt like we were stealing because the tour was free! Not a cent! We didn't have to pay! I love America. Not only was it free, but we also got three free beers at the conclusion of the tour. Now I love Colorado in America. Post-tour, we stopped for a quick photo op. I am happy to report that photographs are unable to capture the ridiculous terrible odor that surrounded this lake thing. 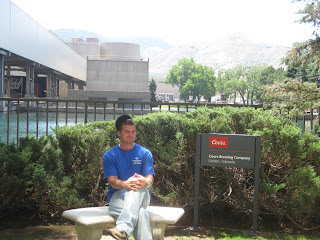 After drinking some free beer and having a friend who wore a Budweiser shirt to the Coors factory be politely asked to remove his shirt, we left because it was lunch time! I wanted to eat at this here little diner with a view: 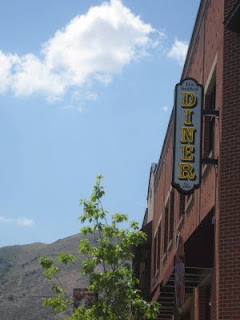 But instead we just grabbed a pretty darn good slice of 'za to carb up for the BIG GAME. It was time to mentally prepare for the Cubs game so we headed back to Ricky's apartment, where after I spent about seven minutes, exclaiming, "This view is amazing!" 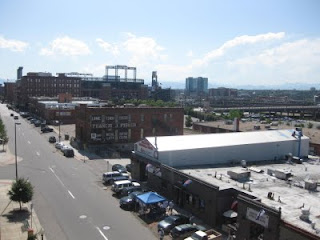 We rocked out to some Disney tunes (don't judge) and the Chicago Bulls starting line circa MJ days. The night was young and there were rooftop bars to partake in. Needless to say, we had a pretty splendid weekend and ended up seeing the only games the Cubbies won. Heck, I'll take it!

I'm raising the W flag not only for the Cubbies, but for Denver too. Those Western folk got it right with that lifestyle. Where do I sign up and when?

We might be kindred spirits, cousin of mine. Love Denver. Love baseball-with-brothers. Love friends who would wear a Bud shirt to a Coors factory. But Disney tunes? Put it over the top.