Permission granted.
By me.

When Ricky played baseball during college, I would often learn from my parents the latest and the greatest of D3 Baseball from what they read at www.d3baseball.com. I'd listen, agree when appropriate and pretend to be interested in what the number 3 seed in the other bracket was doing. I was a Titan fan - hook, line and sinker.

Combined, my brothers have received more honors and awards than is probably humanly possible. And the coolest thing about it? You'd have no idea unless you asked. Even then, it'd be like pulling teeth and they'd play it off like it's nothing. Let's be honest: who asks weird questions like that? "So how many awards have you won?" Lame on, lamoid.

Status means nothing to me. Never will. Don't care how much money you earn. Don't care how tired you are from how hard you're working. I get it. We all work hard - well, most of us.

But when you work hard and quietly earn every gosh darn award you receive, that's when I pay attention.

Today, I learned that Ol' Rick earned yet another one of these award dealios and I think it's so freaking cool that I'm blogging and bragging about it (there's no pretty way to combine those two terms into a new one). Anyways, today www.d3baseball.com named fifty players to their "All Decade" Team. Intrigued, I click on the link that brought up the PDF. 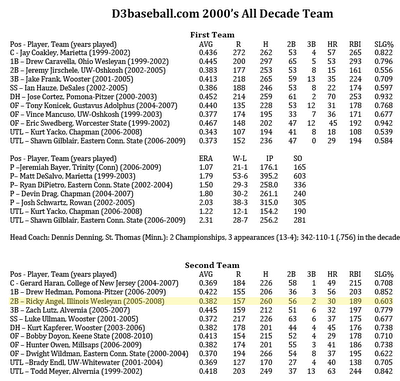 Ricky was named to the Second Team. Sister bias aside, he should totally have been First Team All-Decade, but based on the fact I just learned that an "All Decade" team actually exists, I'll let it slide. This once. 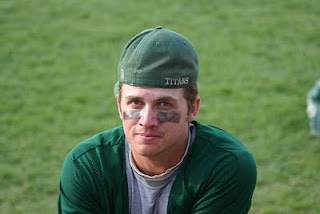